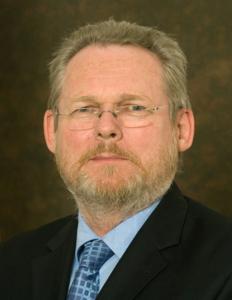 Government has set about identifying key sectors from which it will buy only locally-produced goods, when new procurement regulations come into effect later this year, the Minister of Trade and Industry Rob Davies, said today.

Addressing an investors’ conference, organised by the Department of Transport, Davies said the regulations his department is drafting would set aside certain sectors for the procurement of locally-produced goods only, the state BuaNews agency reported. This follows the introduction last week by the National Treasury of new preferential procurement regulations, which will come into effect from December 7.

In determining which sectors to reserve for local procurement, Davies said his department was also studying areas such as fleet procurement and the introduction of competitive supplier development programmes at state agencies (at present, only Transnet and Eskom have such programme). The department would also be reforming its National Industrial Participation Programme to identify the kinds of areas which will be designated for locally produced goods.

In his keynote address to conference delegates – including delegates both from across the continent and outside of it – the Minister of Transport, Sibusiso Ndebele, said his department would introduce a “life-cycle design and costing” mechanism aimed at assessing the total cost of infrastructure assets over the design life of that asset. “This would include costing for acquisition, operating maintenance and disposal of that asset,” he said, adding that the mechanism would help the government to get better value for taxpayers’ money.

He said historical under-investment and maintenance, outdated systems and a lack of integration had impacted negatively on the country’s transport system. Ndebele said his department’s Master Plan – which takes a 40-year view of infrastructure in the country – remains key to any long-term planning. “It seeks to make recommendations and give guidance on infrastructure investments on the space economy, informed by population, economic and social growth projections as well as institutional, financial and environmental considerations. “It is informed by the plans of other sectors that are transport demand generators – for example agriculture, minerals and energy,” he said.

Minister of Public Enterprises Malusi Gigaba said the government is looking to partner with the private sector to address the infrastructure backlog in both South Africa, as well as the continent as a whole. Infrastructure investments as a percentage of gross domestic product (GDP) had fallen from 16% of GDP in the 1970s, to four or five percent of GDP in recent years.

Companies in the mining, financial and industrial sectors, as well as the state’s development finance institutions, could play a key role in funding infrastructure projects, he said. “I think what we need to be clear about is that such partnerships of whatever nature, must have the aim that the state’s control of strategic assets should be retained,” he added. Gigaba said key sectors of the economy were dependent on the availability of quality infrastructure, which could either constrain growth or increase productivity. South Africa can also begin to play an active role on the continent to partner with fellow African countries to develop their infrastructure, he said.

He said when looked at alone African countries had small markets, but when combined the market of Africa was sizeable.