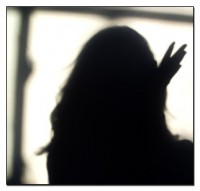 An alliance against human trafficking and forced labour wants companies to examine whether they are indirect sponsors, with leaders at the Clinton Global Initiative saying it could even boost business.
Julia Ormond, founder and president of the Alliance to Stop Slavery and End Trafficking, said her organization was seeking to team up with three companies willing to examine their supply chains for any abuses and to share the resulting knowledge widely. She said consumers often seek out products that are made using ethical sources and demand could increase, Reuters reports.
“The public will rally behind purchasing product from a clean supply chain,” Ormond said.
Sophie Gasperment, chief executive of The Body Shop International, said her privately held company which runs 2500 beauty shops around the world, had embraced a social conscience as a core philosophy and that it had helped its business.
“It is why people join us and it is why our customers shop at us,” said Gasperment.
At an annual philanthropic meeting organized by former US President Bill Clinton, Gasperment said the Body Shop will start issuing “progress cards” that assess how well countries tackle child sex trafficking.
US Labour Secretary Hilda Solis pledged that her agency will work with companies that want to root out child and forced labour from their supply chains and adopt monitoring systems.
Solis said the Labour Department is giving $58 million (R434 million) in grants to fight child labour in 16 countries. The grants will mainly target industries recently identified in a government report as using child and forced labour. They include the gold, clothing and cocoa industries.
International standards
Under international standards, child labour is defined as work performed by a person under the age of 15, or under 18 where specific forms of work are deemed harmful. Forced labour is involuntary or done under threat.
“There are anywhere from 12 million to 27 million people in compulsory service, debt bondage, involuntary servitude, traffic whatever we want to call it,” said Luis deBaca, the .S government’s ambassador to monitor and combat human trafficking.
“If there were as many appropriations and as many millions of dollars spent on fighting this problem as there are euphemisms for this problem, we’d be a lot better off.”
DeBaca said the US government was looking at both the supply and demand sides of the problem. Demand comes from companies that want low-cost workers and brothels that want prostitutes, he said. But it also stems from consumers who want cheap produce and a sex industry.
Kailash Satyarthi, chairman of the Global March Against Child Labour, said his organization has reduced the number of children working in India’s rug-making industry. He said many of those children are trafficked from Bangladesh or Nepal, where a child can be sold for $40 or $50 (R374).
“It was a serious challenge,” Satyarthi said about convincing the exporters in the East and the importers in the West that they could make a difference.
By devising a system of monitoring and certification, Satyarthi said the number of children in India’s rug industry has fallen by 75 %. He pointed to the added benefit of job creation that resulted when adults took the jobs.