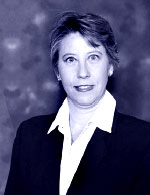 Government insists its strategy to refocus State-owned enterprises on core functions remains on track, despite the recent arivia.kom deal.A government official has defended the move to redistribute an equity stake in State IT group arivia.kom to transport and electricity utilities Transnet and Eskom, the other two shareholders in the company.

This follows questions over why Denel`s 22.98% stake in arivia was given to Eskom and Transnet, which have already announced plans to dispose of their respective 45.6% and 31.96% equity shareholding in the IT organisation.

The Denel transaction saw a share buyback by arivia.kom, in terms of Section 85 of the Companies Act, 1973, after the defence group scrapped a tender process to sell the stake.

Coetzee stresses that Eskom and Transnet did not, in fact, exercise their pre-emptive rights over the shares, as reported previously, but rather that the shareholding was redistributed to the two utilities, in a 58:42 split.

While the deal slightly increases Eskom and Transnet`s shareholding, both are conducting due diligence studies to determine the most suitable manner in which to exit arivia, says Coetzee. This is in line with government`s strategy for State-owned enterprises to disinvest from non-core assets and refocus parastatals on their core functions.

Despite Denel embarking on a tender process and short-listing three potential buyers for the arivia shares earlier this year, the sale was halted – as it is believed an appropriate buyer could not be found. However, Coetzee would not comment on this.

Observers have noted that Denel`s hasty exist from the IT group indicates the company is still struggling with cash flow shortages and balance sheet pressures.

“The reason that the deal was done this way is mainly due to an urgency on their [Denel`s] part, which drastically needs to focus on its core business. Government has nothing to hide and there is nothing sinister about this. The fundamentals [of government`s disinvestment policy] have not changed,” Coetzee adds.

She also notes there is a critical link between arivia and its remaining two shareholders, which was not as key between the IT group and Denel, thus facilitating a quick exit.