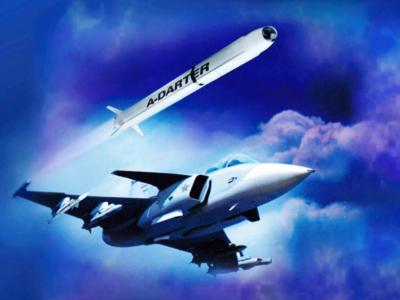 This week, for the first time, South Africa joined the summit of the BRICS group (formerly Brazil, Russia, India, and China as BRIC only). Officials and experts say that South Africa will become a gateway to the African continent for other BRICS countries and its membership of the group will enhance south-south cooperation. Speaking in Beijing, China on 13 April, South African President Jacob Zuma hailed his country’s “historic” role in its first leaders’ summit of the BRICS group of five major developing nations.

The main theme of the BRICS summit is “inclusive development” which is a point of interest at this year’s LAAD 2011 defence exhibition which is coincidently being held in the same period in Rio de Janeiro. The exhibition began Monday and ends tomorrow. Denel Dynamics, a high-technology business unit in the South African Denel Group, is using the opportunity to showcase how country to country support – whether it be systems integration or joint development can establish and grow indigenous expertise in both countries.
“Our integration capabilities are the key to our sustained presence in Brazil”, says Jan Wessels, CEO of Denel Dynamics. The R1-billion Brazilian/South African A-Darter programme is a noteworthy example of a very successful joint development. The BRICS countries are seeking to assert themselves on the global stage and are set to invest in improving the capabilities of their armed forces. As the successful A-Darter programme nears completion, it will result in a new 5th generation air-air missile ready for industrialisation and production with the same data pack available in both countries. This sets high expectations on both sides of the Atlantic for the next joint project. “Pending the RFP from Aeroelectronica, the [Northrop] F5 [Freedom Fighter] integration of A-Darter, could be the first project as part of a larger partnership for Denel do Brazil, in this instance as main subcontractor to Aeroelectronica.”
“Denel do Brazil intends to position itself to partner rather than compete with Brazil’s industrial players and internal expertise, to perform certain complex integration projects” says Wessels. “We are respectful of the Brazil industry and its players and we want to build on the professional relationships we have built since 2006. It is important to establish a reputation for being a trusted local defence supply partner of precision systems technology and services,” says Wessels.

Denel do Brazil is being set up as a defence systems and programme management house, anchored around Denel Dynamics missile and UAV capabilities, Denel Dynamics says in a media statement. It will start up as a small collaborative nucleus made up of a mix of experienced Denel Dynamics system engineers and a team of Brazilian engineers. The office, which is now located in São José dos Campos will provide enough space to act as a base for the interaction and execution of future system-level management programmes, the company says.