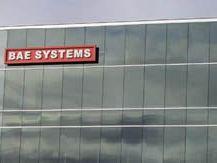 Britain’s BAE Systems and France’s Dassault Aviation are in talks about joining forces to develop unmanned planes for Britain and France, the British defence firm said.

The move is an attempt to capture growing interest in collaboration on unmanned projects to ease pressure on defence spending, but the two firms are likely to face competition for the work from defence rivals including EADS.
“We welcome … their (Britain and France’s) intention to collaborate on a future Medium Altitude Long Endurance (MALE) Unmanned Aircraft System programme and a potential Unmanned Combat Aircraft System,” BAE said in a statement, Reuters reports.
“Given the strong research and development investment that has already been made in this area by both BAE Systems and Dassault Aviation, we have entered into discussions with Dassault to explore how we could best deliver this opportunity.”

Earlier on Tuesday defence sources told Reuters BAE and Dassualt had made a joint proposal over unmanned planes. The two firms spelled out their ideas in a letter to leaders timed to coincide with the Anglo-French summit on defence co-operation.

One of the sources said the letter suggested that if Britain and France wanted to maintain military aircraft capability, “then they really need UAV programmes to sustain that and given budget pressures, collaboration is probably the most sensible way to go”.

In a joint declaration after London talks between Prime Minister David Cameron and President Nicolas Sarkozy, Britain and France pledged to work together on the next generation of MALE unmanned systems.

They said a competition would be launched in 2011 with a view to delivering equipment between 2015 and 2020. Such drones are used for surveillance but can be designed to carry arms.

EADS is in talks with France, Germany and Spain on simliar types of drones but discussions have proceeded slowly, with EADS warning that Germany’s aircraft industry could be damaged if Berlin does not make a decision soon on supporting the plan.

Britain and France also pledged to work on the next generation of unmanned combat air systems, which would succeed the current generation of fighters and are expected to come into service from 2030. Analysts say future stealth fighters may be unmanned but that this would need a costly leap in technology.

The statement said the joint move could lead to a decision in 2012 to launch a demonstration programme from 2013 and 2018.

BAE said that its new gun and ammunition system, made with Nexter, had been selected by Britain’s Ministry of Defence for its Warrior upgrade and Scout vehicles programmes and expects France to adopt the system for several of its own armoured vehicles.