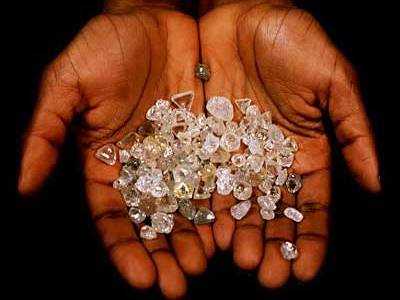 State media said on Friday a ruling party politburo meeting chaired by Mugabe this week had ordered the probe amid allegations two diamond mining firms were forced to donate $750,000 for use by the party. The cash was later diverted to personal projects, state media said.

Partnership Africa Canada, a member of the Kimberley Process initiative against “blood diamonds”, said in November at least $2 billion of revenues from the eastern Marange diamond fields had been stolen by people linked to Mugabe’s party, Reuters reports.

The state mining firm said the gems were sold transparently and ZANU-PF has consistently denied accusations that its officials and top generals are looting diamond revenues.

Two Chinese companies are mining diamonds in partnership with the government in Marange, which was until recently under Kimberley Process sanctions due to allegations of smuggling and rights abuses.

Political analysts see the push for a police investigation as part of efforts to improve ZANU-PF’s image ahead of presidential and parliamentary polls likely to be held by September.

Mugabe, in power since Zimbabwe’s independence from Britain in 1980, was forced into a unity government with arch rival Morgan Tsvangirai following disputed polls in 2008.

ZANU-PF has endorsed its 88-year-old leader as its candidate for the presidential vote. It is expected to face a stiff challenge because of a widespread belief the veteran rulers’ policies have wrecked the economy.