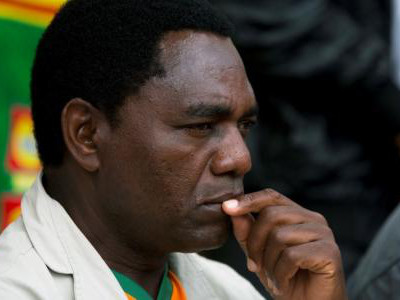 Zambian opposition leader Hakainde Hichilema called on the government to free several members of his party who are still being detained over various charges hours after he was released from prison on Wednesday.

The state prosecutor dropped charges against him of plotting to overthrow the government. Hichilema and five others were arrested in April and charged with treason after his convoy failed to make way for President Edgar Lungu’s motorcade.
“I can’t say I am free when our members are in detention,” he told hundreds of supporters outside his party’s headquarters and called for the end of the arrest of his party’s members, adding “if it doesn’t end I am willing to go back to prison.”