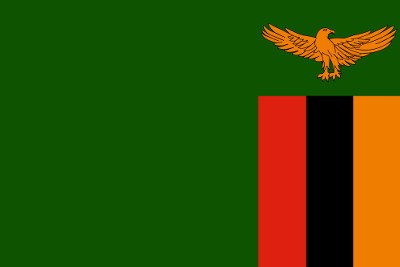 Zambia’s former mines minister, Maxwell Mwale, was jailed for corruption on Friday, in a rare case that prompted calls for a wider crackdown on graft among public officials.

Mwale, a former cabinet minister in Africa’s second-largest copper producing nation, was sentenced to a year in jail with hard labour after he was found to have interfered in the granting of mining licences to China’s Zhonghui International Mining Group.

Magistrate Lameck Mwale said during sentencing that corruption in Zambia’s government had “become rampant and needs to be stopped”, but Mwale’s supporters said the case was politically motivated.

Mwale was an opponent of former president Michael Sata, who died last year and was succeeded by his ally in the ruling Patriotic Front, President Edgar Lungu.
“The offence he committed is something all ministers do and nobody raises an eyebrow,” Mwale’s cousin, Wallace Kamanga, told Reuters outside the court in Lusaka.
“It’s just that he is on the wrong side politically.”

Prosecution witnesses testified that with the minister’s influence, the Chinese firm was awarded the licences within three days when such a process normally lasted months.

The magistrate found Zhonghui had no case to answer, fuelling accusations that the charges were trumped up by Mwale’s opponents. Zhonghui was not immediately available to comment.
“It is difficult to tell whether this is indicative of the determination to fight corruption because (Mwale) is a political opponent to those in authority,” said Lee Habasonda, President of Transparency International Zambia.

African countries are habitually criticised by rights groups for a poor record on corruption as the vast wealth generated from oil and minerals often finds its way into the hands of a wealthy political elite and rarely benefits the masses.
“This is just a tip of the iceberg about what happens in Zambia and many African countries,” university law student Amos Zulu, 29, told Reuters.
“Our political leaders are so powerful that they can do whatever they want … The fight against corruption needs to be stepped up.”