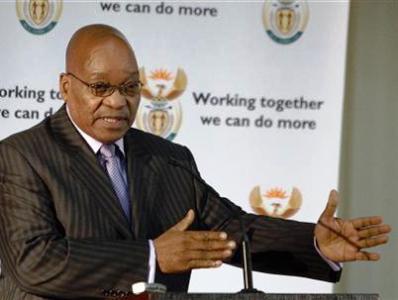 South African President Jacob Zuma yesterday named a veteran anti-corruption investigator as the head of the country’s Special Investigating Unit (SIU) to strengthen the battle against crime and graft.

Zuma said in a statement that former judge Willem Heath will be the new head of the unit, an independent body reporting only to the parliament and president and one of the main anti-corruption agencies.

The appointment came just over a month after Zuma fired two cabinet ministers and suspended the national police chief in a bid to dispel criticism that he is soft on corruption.

Heath was the first head of the unit, appointed in 1996 by Nelson Mandela, South Africa’s first black president. He resigned in 2000 after a court ruling that his appointment — while serving as a judge — was unconstitutional.

Zuma said South Africa’s deputy national director of public prosecutions, who headed the SIU previously in addition to the country’s Asset Forfeiture Unit, will now only be responsible for the AFU.
“The strengthening of the units at leadership level will improve government’s response to the growing crime syndicates, more sophisticated means of committing crimes and the ever growing threat of cyber crime,” Zuma said.

Zuma’s recent action on corruption and his decision to launch a fresh inquiry into a multi-billion arms deal has failed to convince analysts that he was ditching his image of being soft on graft.

The 30 billion rand deal to buy European military equipment from about a decade ago has clouded South Africa’s politics for years.

Zuma was linked to the deal when he was deputy president through his former financial adviser, who was jailed for corruption. This almost torpedoed his bid for high office but all charges against him were dropped in 2009.