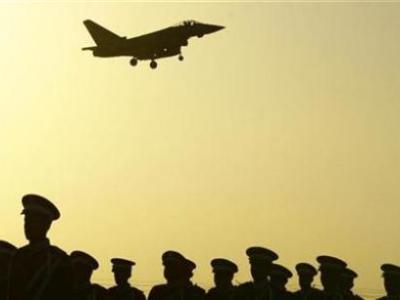 Two people were killed and three wounded in an exchange of fire between Saudi security forces in the oil-producing Eastern Province and what the interior ministry called gunmen serving a foreign power.

In a statement quoted on the Saudi Press Agency, the ministry said shooting erupted on Wednesday during the funeral of a person killed in what it described as a string of attacks earlier this week on security checkpoints in the province, where much of the kingdom’s Shi’ite minority lives.

The ministry earlier this week denied that Shi’ites had been killed by bullets fired by police in Qatif, an administrative unit of the province. In its statement on Thursday, the ministry said two people were killed and six wounded in those incidents, Reuters reports.
“These casualties have occurred due to the exchange of gunfire with unknown criminal elements who have infiltrated among citizens, and are firing from residential areas and narrow streets,” it said.

Echoing language it used after an attack on a police station in the eastern province last month, the ministry said: “The goal of those who provoke unrest is to achieve dubious aims dictated to them by their foreign masters.”

The previous references to foreign meddling have been widely read to mean Shi’ite Iran, the Sunni-led kingdom’s rival for influence in the Gulf, which Sunni Arab monarchies in the region saw as the force behind unrest earlier this year in majority Shi’ite Bahrain.

Iran has denied repeated accusations that it is trying to destabilise Bahrain.

Saudi Arabia has avoided mass protests that have led to the ouster of four Arab leaders this year, reacting to the unrest in the region by promising to spend some $130 billion (83 billion pounds) on housing and other social benefits for its citizens.

The province is the centre of Saudi Arabia’s oil production facilities and is connected by a 16-mile causeway to Bahrain, where Riyadh sent troops earlier this year to help the fellow-Sunni government crush protests led by Shi’ites.

Saudi Shi’ites complain of systematic discrimination, neglect in public spending, and incitement against them in religious sermons and educational materials.

The kingdom, which is founded on an austere form of Sunni Islam and regards itself as the guardian of that faith, disputes this, and Saudi King Abdullah has appointed Shi’ite officials to advisory government bodies.