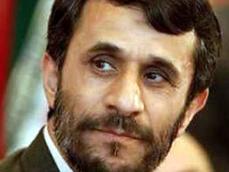 Hague told parliament this week that Tehran, an ally of Syria in its support for anti-Israel militant groups Hamas and Hizbollah, had been helping to suppress protests where rights groups say hundreds of Syrians may have been killed, Reuters reports.
“Iran is combining brutal suppression of opposition leaders at home with the provision of equipment and technical advice to help the Syrian regime crush protests in Syria,” Hague said.
“This is unacceptable, and compounds our concern about Iran’s behaviour and its intentions over its nuclear program.”

The top U.N. human rights official said Thursday that more than 1,100 people may have been killed and up to 10,000 detained in the Syrian unrest since March, and that the government of President Bashar al-Assad was conducting an “assault on its own people.”

The Iranian Foreign Ministry said: “There is no justification for the British government to raise such charges against other countries because of its own meddlesome measures and destructive role in developments in the region, especially the training of military forces in some countries in order to suppress the people.”

A British Foreign Office spokesman confirmed in a statement Thursday that the country’s Charg d’Affaires in Tehran was summoned to the Foreign Ministry.
“The UK stands by its statements. We remain extremely concerned by the Iranian Government’s repression of its own people and its support for violent elements in the region,” the statement said.
“We have seen credible information suggesting Iran is helping Syria with the suppression of protests there, including through the provision of expertise and equipment. We had already raised this issue with the Iranian Charg in London,” it added.

Iran, which crushed its own anti-government protests after the contested re-election of President Mahmoud Ahmadinejad in 2009, has voiced support for demonstrations in most of the Arab world, but not Syria, and has strongly condemned military deployment by Saudi Arabia to quell unrest in Bahrain.

Saudi Arabia and Bahrain are both allied to the West.