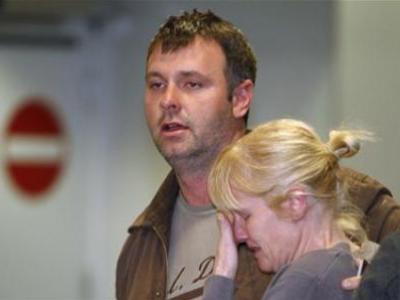 Britain urged the world to exert greater pressure on Libyan leader Muammar Gaddafi and the European Union said it was considering sending a humanitarian intervention force to the country.

Foreign Secretary William Hague called for an international investigation into Libyan state violence, while Gaddafi’s forces stepped up their week-long struggle to crush protesters wanting to end his 41-year rule.

Meanwhile, the United States said it was looking at all options, including enforcing a no-fly zone over Libya, and did not rule out military action in its response to the crisis, Reuters reports.

The international community must “increase the pressure on a regime which by all accounts is now committing serious offences,” Hague told BBC radio.

He said atrocities had taken place and the odds against Gaddafi’s political survival were lengthening.
“We will be looking for ways to hold to account the people who are responsible for these things …,” he said. “We will want some kind of international investigation.”

Britain wants Libya suspended from the UN Human Rights Council, which is due to meet on Friday, Hague told Sky News.

The US State Department said the United States backed Libya’s suspension from the council and was prepared to take additional steps to try to stop the violence.

Defence Secretary Liam Fox said his country had been discussing with the NATO leadership how better to coordinate efforts to get people from a number of different countries out of Libya over the next few days.

The government has been heavily criticised at home for being slow to evacuate Britons from Libya.

Prime Minister David Cameron apologised for the delay. “Of course I am extremely sorry,” Cameron told the BBC. “There are … lessons to be learned from this … right now, the priority has got to be getting those British nationals home.”

Commercial flights to London had been cancelled earlier in the week, while bmi, a subsidiary of Germany’s Lufthansa said late on Thursday that it was cancelling its daily flight between London’s Heathrow airport and Tripoli up to and including February 28.

Cameron, who returns on Thursday from a visit to the Gulf, will chair a meeting of Britain’s National Security Council on Libya on Friday, Hague said.

In Brussels, senior officials said the European Union was weighing a range of options to evacuate 5,000-6,000 EU citizens still in Libya, many of them oil company employees, and said one possibility was a military humanitarian intervention force.
“We are in contact with EU member states to see whether their facilities, civilian and military, can be deployed for this (evacuation of EU citizens),” a senior EU official said.

A British government crisis committee met to discuss the crisis, including how to evacuate 170 British oil workers from remote desert camps in Libya. Some have appealed for help after looters seized their vehicles and supplies.

Sky News quoted sources as saying the Special Boat Service, a special forces unit, was on standby for a possible rescue mission to Libya, but the government declined comment.