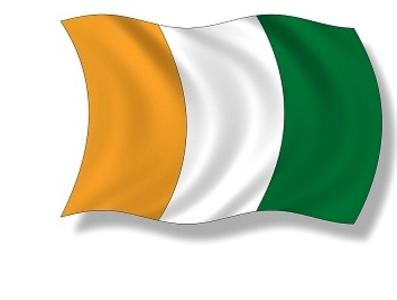 Ivory Coast’s biggest bank, a unit of Societe Generale, said it was suspending its activities, the latest in an exodus of foreign banks that is turning political crisis into financial meltdown.

“Owing to the situation and despite all out efforts, we regret to inform you that SGBCI is obliged to provisionally suspend its activities from February 17 2011,” a website statement said, the fifth international bank to pull out this week.

The financial system in the world’s top cocoa grower is in on the brink of collapse after disputed incumbent leader Laurent Gbagbo cut the country’s ties with West Africa’s central bank because it would not recognise his signature on state accounts, Reuters reports.

Societe Generale and BNP Paribas between them ran more than two thirds of the banking system.

Long queues formed outside banks in Ivory Coast’s main city Abidjan on Wednesday as Ivorians rushed to withdraw their cash.

West Africa’s eight-nation monetary union has followed the United Nations, Western powers and the African Union in recognising Gbabgo’s rival Alassane Ouattara as winner of a disputed November 28 presidential election that Gbagbo has refused to concede.

He responded by sending troops to seize the bank’s Abidjan branch last month, forcing it to cut off the country’s financial system completely. Since then, cheques have had to be cleared manually, which takes several days, and Gbagbo’s government has threatened banks that do not sign up to its new clearing system.

European Union sanctions on his supporters and ports and cocoa administrators are biting.

In a sign the Gbagbo government’s may have been spooked by the banking exodus, planning minister Justin Kone on Wednesday night rowed back on insisting banks clear cheques through their system — some banks had refused, to comply with EU and U.S. sanctions forbidding cooperation with Gbagbo’s government.

Asked if they would consider nationalising banks that close up, he said: “We are not there yet. We await their return”.

The election in November was meant to reunite a country that has been divided since a 2002-3 civil war and to spur investment.

But the violent stand-off, which has killed some 300 people, according to the United Nations, has merely deepened divisions.