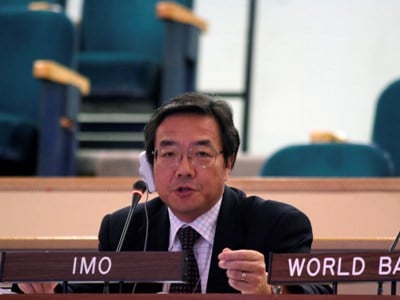 A Japanese official with extensive maritime industry experience will be the next head of the United Nations agency responsible for the security and safety of shipping and the prevention of marine pollution.

Koji Sekimizu, 59, will take over from Efthimios E. Mitropoulos as Secretary-General of the London-based International Maritime Organization (IMO) as of 1 January 2012. He will initially serve a four-year term.

Sekimizu was elected by the 40-member IMO Council, which is currently holding its latest session, and the IMO Assembly still has to formally approve the decision in November.

The Secretary-General-elect is currently the director of IMO’s maritime safety division, and has worked in various roles for the agency since 1989. Before then he worked as a ship inspector and in other roles as a Japanese transport ministry official, and studied both marine engineering and naval architecture.

After the announcement, Mitropoulos pledged to work closely with Sekimizu between now and the end of this year to ensure that the transition is as smooth as possible.