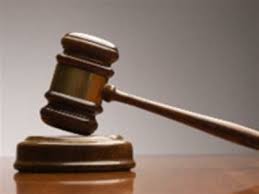 An Ethiopian court convicted 27 serving and former soldiers of planning a coup and found them guilty on other charges which also carry the death penalty.
“The men were convicted of various offences including conspiring to kill government officials and conspiring to instruct the army not to obey government orders,” Mekonnen Bezabeih, Justice Ministry spokesman, told Reuters.
“The maximum sentence for the offences would be the death penalty.”
A further 13 men were convicted in absentia on the same charges in August. That group included Ethiopian-born US citizen, Berhanu Nega, who teaches economics at Philadelphia’s Bucknell University.
Six more men were acquitted on all charges.
Judge Adem Ibrahim warned relatives not to “wail or show emotion” when the verdict was announced but several people cried as the men were convicted.
Scores of police ringed the courtroom and escorted the men to waiting vans.
Berhanu was elected mayor of capital Addis Ababa in Ethiopia’s last elections in 2005, but was jailed with other opposition leaders after disputing the government’s victory in the election and were accused of orchestrating street protests.
Security forces killed about 200 protesters who Prime Minister Meles Zenawi said were marching on government buildings to overthrow him.
“Beaten and beaten and broken”
Berhanu was pardoned in 2007 and went to the United States where he set up his “May 15” opposition group named after the date of the 2005 election.
Prosecution lawyers said Berhanu led the 40 “May 15” members from the United States.
Addis Ababa says the group had planned to blow up power and telecoms facilities to provoke protesters who would then march on government buildings and try to topple the government.
The arrests have worried rights groups, who say the Ethiopian government has been cracking down on dissent ahead of national elections next May.
Opposition parties say the charges have been trumped up as an excuse to arrest their members. Relatives of the men say they have been tortured in prison.
“They have been brutalised in prison and so have all the other men,” one relative told Reuters after the conviction.
“Our loved ones have been beaten and beaten and broken so that we don’t even recognize them when they come to court. One man has been blinded.”
Rights group Amnesty International says relatives of “May 15” members have been unfairly arrested. The Ethiopian government denies that.
The men will be sentenced on November 24.