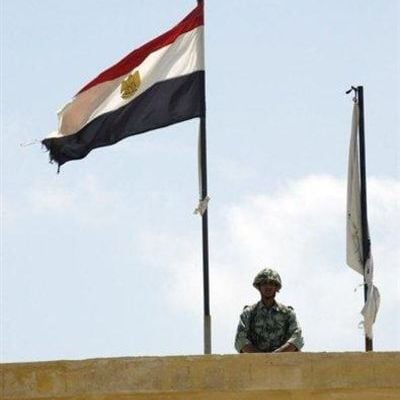 Senior judges defended Egypt’s judiciary from attacks over its handling of the trial of toppled ruler Hosni Mubarak, accusing critics of trying to interfere with the institution’s powers and drag it into political battles.

Judge Ahmed el-Zend, head of the influential Judge’s Club, called for legal investigations into members of parliament for “slandering” the judiciary and the judge in the Mubarak case.
“This is an intervention in the work of the judiciary,” Zend told a news conference. “This is a dark, fierce attack against the judiciary.”

A court on Saturday sentenced the former ruler and his interior minister to life imprisonment for their role in the killings of protesters in the 2011 uprising that ended Mubarak’s rule, saying they “failed to prevent” the killings. Six senior police officers were acquitted for lack of evidence, Reuters reports.

The verdicts were met by angry street protests by Egyptians who considered them too lenient and demanded a purge of the judiciary.

Some members of the Islamist-dominated parliament attacked the verdicts, accusing the court of ignoring the rights of peaceful protesters killed in the uprising.

Zend said the judiciary would not be intimidated by such criticism.
“Judges will have a say in determining the future of this country and its fate. We will not leave it to you to do with it what you want,” he said.

One of the few institutions to emerge intact from the uprising and that operated with some independence during Mubarak’s rule, the judiciary has since handled a series of high-profile cases that have put it into public focus and in some cases led to unpopular acquittals.

Many political battles of the transition have played out in courts. Rulings have disbanded the former ruling party and dissolved an assembly charged with writing a new constitution after liberals and others charged it was too dominated by Islamists.

Zaghloul al-Balshy, a senior judge and vice chairman of the Court of Cassation, said political pressures on the judiciary were affecting its image.
“People accepted to revert to the judiciary, then they must respect the judiciary. To shove it into what does not involve it has shaken confidence in the institution,” he told Reuters.

While he did not defend the ruling against Mubarak itself, he said if there were objections to the verdict, the appropriate legal avenue would be an appeal and not attacks on the courts and the judicial system at large.
“When people chant they want the purge of the judiciary, this means their confidence has been shaken,” Balshy added. “Why do they keep forcing us to face the cannons? Why are you putting us at the forefront of the political scene?”