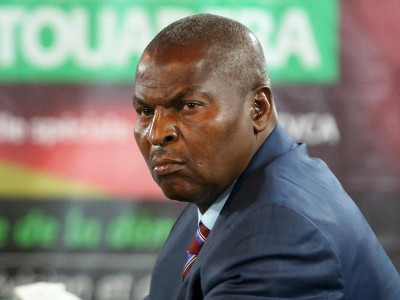 Central African Republic (CAR) president Faustin-Archange Touadera has sacked his defence minister, according to a state radio broadcast, amid growing violence threatening to spin the country out of control.

The dismissal of Levy Yakete, blacklisted by a United Nations Security Council committee in 2014 for his role in a bloody 2013 civil war, was part of a wider Cabinet reshuffle. The statement did not say if his dismissal was related directly to growing violence.

Thousands have died and a fifth of Central Africans have fled a conflict that broke out after mainly Muslim Seleka rebels ousted President Francois Bozize in 2013, provoking a backlash from Christian anti-balaka militias.

Although unrest has since subsided, fighting spiked this year and the United Nations warned this month ethnic fighting could escalate into a much larger conflict if combatants are not disarmed.

National security forces are too weak to tackle armed groups and counter the spill-over from conflicts in neighbouring countries, said the United Nations.

In a sign of the deteriorating security situation, six Red Cross volunteers were killed in an attack on a health centre in south-eastern CAR on August 3, the aid organisation said last month.