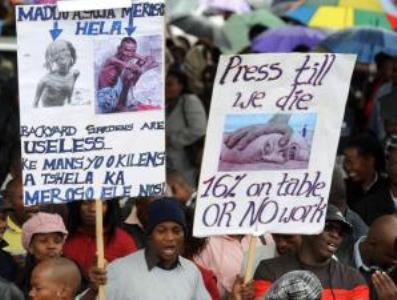 Botswana’s government has rejected conditions made by unions in a bid to help end a 6-week strike that has shaken the ruling party’s 45-year grip on power, said a union spokesman.

The unions said on Monday they had conditionally accepted a compromise 3 percent pay rise offer and asked the government to meet some of their other demands to end the labour action.
“Government has rejected our compromise offer. They have asked us to return to work without conditions and we will not accept that so the strike continues,” Goretetse Kekgonegile, a spokesman for the Botswana Federation of Public Sector Unions (BOFEPUSU) told Reuters.