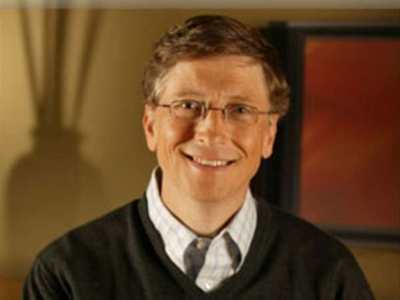 Billionaire philanthropist Bill Gates told G20 leaders to protect aid budgets, saying cuts would not only hurt the poor but also undermine innovations in areas such as health and farming.

The Microsoft Corp co-founder, who has committed to give the majority of his wealth to charity, is the first businessman to be invited to address G20 leaders, who are gathered at the French resort to discuss pressing global issues.

Gates urged the G20 to show leadership by coming up with a more comprehensive approach to improve the lives of the poor. He said innovations such as new seeds and vaccines had saved billions of lives and proved that if used properly, aid was effective in reducing poverty.
“Leadership from the G20 is critically important, especially in these tough economic times,” Gates told G20 leaders.
“The world will not balance its books by cutting back on aid, but it will do irreparable damage to global stability, to the growth of the global economy and to livelihoods of millions of poor people,” he added.

U.S. lawmakers are looking to cut more from Washington’s aid budgets. Congress has already cut some $8 billion off President Barack Obama’s request for the State Department and U.S. foreign aid for last year, and are proposing to slice another $8.6 billion in fiscal 2012.

Even a small tax of 10 basis points on equities and two basis points on bonds would yield about $48 billion from G20 countries, or $9 billion if only larger European countries adopted the idea, he said.

While none of Gates’ tax proposals are likely to be adopted at the Cannes summit, they have generated huge debate especially the thorny issue of taxing financial transactions.

The United States and Britain are opposed to a financial tax, dubbed a “Tobin Tax”, because of the burden it places on their banks.

In new developments in Cannes, EU and development officials said Washington had indicated it would not stand in the way of other countries who wanted to implement such a tax.

Gates also proposed that state-owned wealth funds invest in infrastructure in poor countries. If one percent of sovereign wealth fund assets were invested in an infrastructure fund it could reach $100 billion or more over a decade, he said.

Gates urged the G20 to show leadership on development at a time when developing countries have become major sources of global growth.

He said rising emerging powers such as Brazil, China and India were increasingly working with poorer countries and sharing practical knowledge on ways to reduce poverty.