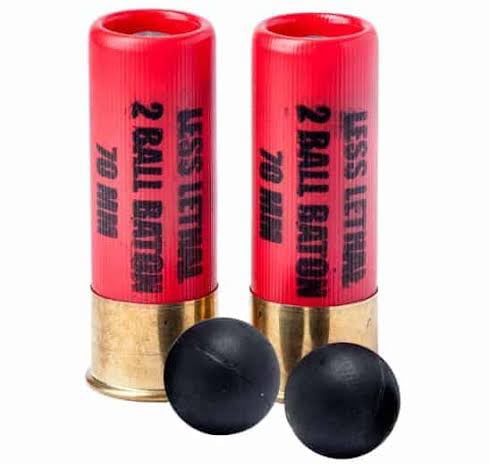 South Africa’s Industrial Cartridge is seeing high demand for less lethal ammunition for crowd control, with orders from South African entities taking up much of its production capacity.

Significant quantities of 12 gauge less lethal ammunition have been ordered by South African customers, making up half of Industrial Cartridge’s production capacity. The less lethal range includes 12 gauge rubber slug rounds (comprising a single 7 gram rubber slug), ball baton rounds (two or three balls in a round), bean bag rounds and OC (pepper) rounds containing 4 grams of OC powder. The rubber slug and OC rounds have an effective range of 25-50 metres while the ball baton rounds are effective out to 25 metres and the bean bags 35 metres.

Although Industrial Cartridge specialises in 12 gauge cartridges, it will be expanding its range in a different calibre.

Industrial Cartridge was established in 2004 to serve the 8 gauge industrial kiln industry, with its cartridges being used to clear kiln blockages, knock down overhangs in mines and quarries, break up stoppages in silos and clear boiler tubes. It also introduced the Rock Busta (developed from the Swartklip Boulder Busta) rock breaking system that is used in place of conventional explosives to break boulders to a manageable size.

From 2013, the company expanded its product range to 12 gauge shotshells under the African Buckshot/Birdshot brand. The next addition to the product lineup was the less lethal 12 gauge series.