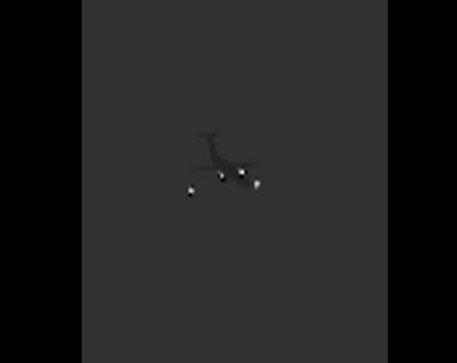 South Africa’s premier research and development agency – the CSIR (Council for Scientific and Industrial Research) – with commercialisation and industrialisation at the forefront of its work, plans to provide a simulation training tool for electronic warfare (EW) to boost national expertise in this ever-improving and sophisticated area of operations.

According to the Pretoria-headquartered council there is a growing need to understand and develop effective counter-measures to ever more sophisticated missile threats to ensure protection of airborne platforms. This necessitates a proper understanding of the effects of counter-measures against different threats.

“This is of utmost importance to preserve assets and lives,” according to the CSIR’s Edwin Magidimisha.

The CSIR is developing an infrared electronic counter-measure (ECM) training tool for military and non-military forces on the use of counter-measures as protection against missile threats. This provides training on the engagement between a missile and a protected aircraft, as well as the effects of using different countermeasures to protect the aircraft.

With this in mind the CSIR needs the provision of electronic warfare (EW) operational expertise in the infrared domain and software development services to support further development of the ECM training tool.

The tool is designed to demonstrate the effectiveness of different flare counter-measure techniques for aircraft platform self-protection against heat homing missiles. The concept is to run a large number of missile attacks on various aircraft configurations, deploy counter-measures and observe outcomes.

During simulation, the missile is launched from various ranges and aspect angles toward a moving aircraft. The simulation model flies the missile and activates the aircraft IRCM (infrared countermeasures) systems. The tool shows the effects of manoeuvring as a protection measure to deter an approaching missile.

This saw the CSIR employ its engineering simulation tool – the optronics system simulator – to set up and run scenarios, recording output for subsequent replay in a viewer.

Scenarios cover a range of aircraft configurations, missile types, attack geometries, flare types and flare dispensing sequence designs. With so many free variables the number of combinations increases quickly. A graphic user interface was developed to allow the user to select the appropriate scenario from a sequence of choices.

Taking the EW simulation training tool to the next level needs further input and the CSIR is looking for partners, collaborators or potential investors in five specific areas to assist and has issued an Expression of Interest.

On the electronics side, the CSIR has developed digital radio frequency memory (DRFM) devices that generate jamming waveforms. The DRFM receives a radio frequency emission emanating from a threat radar, modulates the signal, returning a delayed version to the radar to jam or spoof it. The DRFM forms a core of the Electronic Warfare Environment Simulator Systems the CSIR develops to test radar and electronic systems.

The CSIR’s Inundu airborne pod is also used for electronic warfare testing and evaluation. It can simulate anti-ship missiles in air-to-surface combat, as well as air-to-air. It is platform agnostic and has been flown on the Denel Cheetah, Hawker Hunter and BAE Systems Hawk.

Other simulation technology includes the Dynamic Scenario Planner, a software application for the setup, planning and visualisation of simulated scenarios; and the Radar Environment Simulator Test and Evaluation System, which tests radar systems. The CSIR’s Sensors and Electronic Warfare Engagement Simulation (SEWES) system simulates an environment with any number of platforms, sensors and electronic warfare systems. It is used to test electronic warfare effectiveness, doctrine and training.