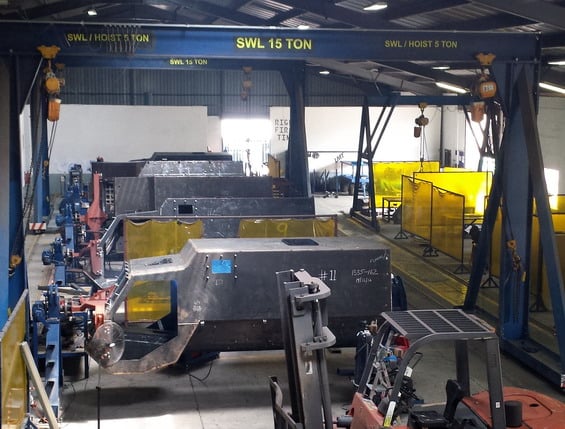 There is some light at the end of the tunnel for the South African aerospace and defence industry, with various efforts underway to revive the sector, according to Sandile Ndlovu, Executive Director of the Aerospace, Maritime and Defence Industries Association of South Africa (AMD).

Some of the industry’s biggest hurdles it is facing are the decline of Denel and its ripple effects across the supplier base; the shrinking South African defence budget and consequent reduction in South African National Defence Force orders; and difficulties getting export approvals.

In spite of these and other challenges, Ndlovu is upbeat about the industry’s prospects. “The good news is that international customers are still interested in what we produce. As an industry, we still have a lot to offer.”

Ndlovu believes there is light at the end of the tunnel and it is possible to turn the sector into an R80-100 billion annual industry in three to five years, although this could easily reach R200 billion per year in the next decade. At present the defence industry generates approximately R22 billion in revenue per year across more than 120 companies.

Various efforts are underway to revive the sector, including the establishment of the National Defence Industry Council, creation of a R350 million enterprise and supplier development fund, moving the Aerospace & Defence Masterplan forward, and commercialising intellectual property.

Progress is being made on an alternative funding model (commodities for equipment) and a test case is being sought. Ndlovu explained that the commercial banking industry had to be educated on the plight of the defence industry and after support from a commercial bank and National Treasury, the industry is looking for a commodity-for-equipment trading test case.

A Save Denel task team was appointed last year and the company is proceeding with its new turnaround strategy. Although obtaining additional funding is a difficult process, Acting Group CEO William Hlakoane is confident the state-owned company will receive the support it needs. It is looking at letting go of non-core assets as a way of generating funding, amongst others.

“If we can identify more opportunities like Egypt, Denel could be saved,” Ndlovu said, referring to when Denel in 2020 lost a large order from Egypt for Umkhonto missiles, which was worth around R30 billion in total over ten years, as Denel could not provide guarantees for the sale.

“If we identify those opportunities, the state needs to come on board with guarantees,” Ndlovu told defenceWeb. Although he believes it is unlikely that will happen, Ndlovu has seen more support from the state for the defence sector in the wake of July’s civil unrest.

On the matter of export delays through the National Conventional Arms Control Committee (NCACC), AMD and the industry in 2020 set up a task team to address issues, and progress is being made, although slower than ideal. The big push is now to get exports to the Middle East, particularly the UAE, Saudi Arabia and Turkey, moving, and ensure regular NCACC meetings.

One of the most far-reaching and ambitious plans for rejuvenating the South African aerospace and defence sectors is the Aerospace & Defence Masterplan, which was finalised in late 2020. This has developed goals and plans of action for the stabilisation and development of the sector. The first pillar is doubling South African defence exports by the end of 2025. The second pillar aims to further government-to-government marketing and help increase export earnings and position South Africa as the regional centre of excellence for maintenance, repair and overhaul and the supplier of choice for commercial unmanned aerial vehicle manufacturing and piloting, and armoured vehicles.

Other programmes include increasing the budget for the Special Defence Account between 2021 and 2025, stabilising Denel, engaging National Treasury on the defence budget, establishing a maintenance, repair and overhaul Centre of Excellence in the OR Tambo special economic zone, replacing imports of selected products, implementing home build programmes and implementing catalytic space programmes. One of the biggest projects is the establishment of the Centurion Aerospace Village to increase the competitiveness of the local commercial aerospace manufacturing industry.

AMD, the Drone Council of South Africa, Commercial Aerospace Manufacturing Association of South Africa (CAMASA) and others have created a working group on the masterplan and are furthering its implementation, although progress is slower than Ndlovu would like.

Another spot of light at the end of the tunnel is the appointment of Thandi Modise as new defence minister. Ndlovu believes this is a positive development. “She seems very interested in getting things done,” he said.