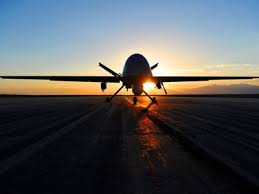 An undisclosed buyer has placed the largest overseas order for China’s home-developed military drones, the Xinhua news agency has reported, in a boost for the Chinese arms industry’s efforts to increase export volumes.

It did not identify the buyer or the size of the order.

The Wing Loong II, which has wingspan of more than 20 metres (65 feet), is a medium-altitude, long-endurance UAV that has both reconnaissance and strike capabilities.

It conducted a 31-minute flight for the first time on Monday after taking off from a runway in western China.
“Its flight marks China’s new generation reconnaissance and strike UAV. Following the United States, China becomes another country capable of developing such new-generation, large reconnaissance and strike UAV,” said Li Yidong, chief designer of the series, whose programme is overseen by the state-owned Aviation Industry Corp of China.

China has been stepping up research into military drones in the hope that it can steal market share from the United States and Israel with its cheaper technology and willingness to sell to countries that Western states are reluctant to deal with.

The Wing Loong II’s predecessor sells for just $1 million according to Chinese media reports. The U.S.-made MQ-9 Reaper, to which it has sometimes been compared, is priced at around $30 million.

China has previously had limited success exporting manned military aircraft but is hoping to do better with UAVs, given that they are cheaper and easier to manufacture. Foreign buyers for its drones include Nigeria, Pakistan and Egypt.

China’s military modernisation has rattled nerves around the region with increasingly assertive moves to bolster its sovereignty claims in the South China Sea and over Taiwan, which it regards as a breakaway province.

It showed off its Chengdu J-20 stealth fighter in public for the first time in November and months earlier put into service a new, domestically developed large transport aircraft.