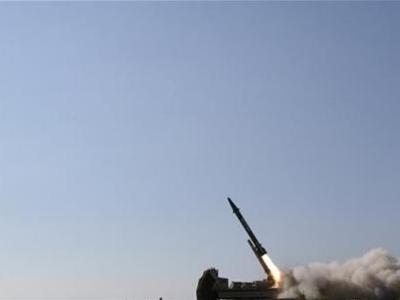 This is the first time China has been in the top five arms exporters since the end of the cold war. Overall the volume of international transfers of major conventional weapons grew by 17% between 2003/07 and 2008/12
.

The five largest suppliers of major conventional weapons during the five-year period 2008/12 were the US (30% of global arms exports), Russia (26%), Germany (seven percent), France (six percent) and China (five percent). This is the first time the UK has not been in the top five since at least 1950, the earliest year covered by SIPRI data. China’s displacement of the UK is the first change in the composition of the top five exporters in 20 years.

The volume of Chinese exports of major conventional weapons rose by 162 percent between 2003/07 and 2008/12 and its share of the volume of international arms exports increased from two to five percent.
“China’s rise has been driven primarily by large-scale arms acquisitions by Pakistan. However a number of recent deals indicate China is establishing itself as a significant arms supplier to a growing number of important recipient states,” said Dr Paul Holtom, director of the SIPRI Arms Transfers Programme.

Several countries in Asia and Oceania have in recent years ordered or announced plans to acquire long-range strike and support systems that would make them capable of projecting power far beyond their national borders. Last year saw the delivery of a nuclear-powered submarine from Russia to India and the commissioning of China’s first aircraft carrier the Liaoning.

Other regional players are seeking to establish or strengthen submarine fleets, including several South East Asian countries and Australia, which is also acquiring large surface warships and combat aircraft. These developments come at a time of heightening tensions over territorial disputes in the East and South China seas.

Deliveries to European countries fell by 20 percent between 2003/07 and 2008/12. European states seem eager to abandon or reduce a range of arms import plans. During 2012 Italy and the Netherlands reduced orders for F-35 combat aircraft from the US, while Bulgaria, Croatia and Romania dropped plans for newly produced combat aircraft in favour of second-hand options.

Many European states are also seeking to export newly acquired combat aircraft they can no longer afford to maintain. For example, Portugal is seeking buyers for its new fleet of F-16s and Spain is seeking to sell newly purchased Eurofighter Typhoons.
“With the financial crisis in Europe, the withdrawal from Iraq and the drawdown in Afghanistan, we can expect to see Europe trying to export a considerable volume of surplus military equipment,” said Mark Bromley, Senior Researcher with the SIPRI Arms Transfers Programme.

Other developments
• Russia accounted for 71 percent of exports of major weapons to Syria in 2008/12 and continued to deliver arms and ammunition in 2012.
• The Arab states of the Gulf accounted for seven percent of world arms imports in 2008/12. Missile defence systems were an important element in their latest arms acquisitions, with orders placed in 2011/12 for Patriot PAC-3 and THAAD systems from the USA.
• Deliveries of weapons system to Venezuela as part of its ongoing rearmament programme continued in 2012. Russia accounted for 66 percent of transfers to Venezuela, followed by Spain (12 percent) and China (12 percent).
• Imports by North African states increased by 350 percent between 2003–2007 and 2008–12, almost entirely responsible for a doubling (by 104 percent) in imports by Africa as a whole.
• Sub-Saharan imports increased by five percent. Most countries in sub-Saharan Africa imported only small numbers of major weapons, but many of these have been used in internal conflicts or in interventions in conflicts in neighbouring states, most recently in Mali.
• Greece’s arms imports fell by 61 percent between 2003–2007 and 2008–12, pushing it from the number four importer to number 15. In 2006–10 Greece was the top recipient of German arms exports and the third largest recipient of French arms exports.