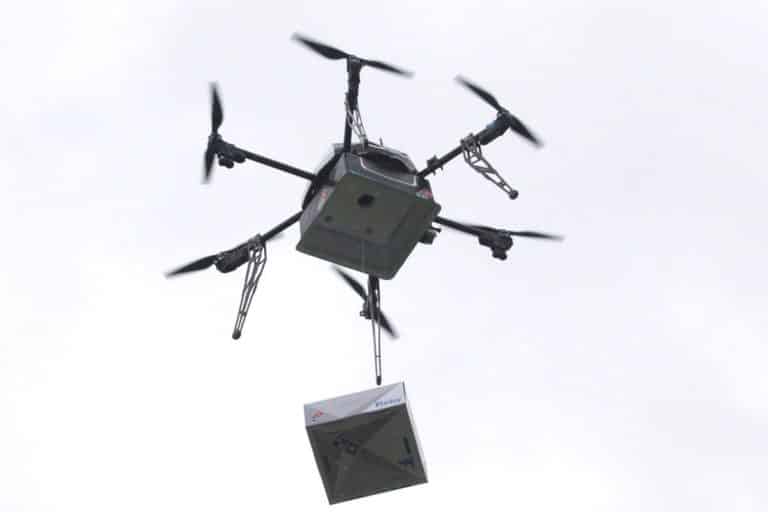 Security and police are confronting increased numbers of smuggling attempts from ‘drug mule drones’ since the coronavirus pandemic began.

Incidents of drone involvement in drug drops have risen in the news this year. It is suspected that criminals are taking advantage of locked-down security systems, and seeking innovative methods to evade travel restrictions.

In Australia, Corrections Victoria are trying to combat a rise in the aerial smuggling of contraband and narcotics, since face-to-face visits were banned in March. Drone reports at the jailhouse are up 246% since last year.

Security authorities are facing the same challenge around the world, as border controls are also fielding a higher number of drone invasions. Back in May, Border Patrol agents in the US confirmed a growing trend in drugs being flown from Mexico via drones, after they thwarted two consecutive smuggling attempts.

While the threat is rapidly evolving, it is not new. Drone detection experts Robin Radar Systems say that drones are uniquely capable of evading most security controls.

Authorities have been caught off guard by the spike in recent incidents, not only due to a depleted workforce, but because it’s a particularly difficult threat to tackle.

Drones are able to soar above the sight of security cameras and scanners, and fly too high to trigger motion detection systems.

Siete Hamminga, CEO of Dutch firm Robin Radar said: “Detecting a drone in airspace isn’t an easy task, especially as they become even more evasive to detection; smaller, faster and able to fly further for longer.

“We believe that these advances will put drones into much greater use; becoming an increasingly useful tool to society. They’re already used to a limited degree in deliveries, agriculture, to assist police and have even helped in different ways to combat the COVID-pandemic.

“However, the same innovation that could make them such a revolutionary device is the same thing that can make them a formidable threat.

“Commercial drones are easily accessible and can be adapted without too much difficulty for malicious purposes, such as the smuggling of contraband and narcotics.

“Other methods include radio frequency, acoustic sensors and optical sensors. Most security authorities opt for a combination of these technologies to achieve an optimum insight.

“It’s one thing to detect an invading drone, and another to then react to it. Generally speaking, the laws surrounding unmanned aircraft have not evolved as fast as the drone threat itself.

“A drone cannot be taken down without the proper authority and clearance to do so. Nets, jammers, lasers and even birds of prey can be used to take drones out of the skies.

“But this is not actually something that prisons, in particular, need to worry about. Their interests lie mostly in the detection of drones, rather than taking them down.

“For a prison, detecting a drone and tracking its movements is an opportunity for intel, establishing sources of smuggling inside, and therefore often outside, of jailhouse walls. With that intel, steps can then be taken to hold parties accountable.

“It’s ultimately a chance to gather insight and eliminate the root of problem; which is not criminal drones, but criminals operating drones.

“Nevertheless, as the drone threat develops, security authorities will need to consider these issues in more depth.”