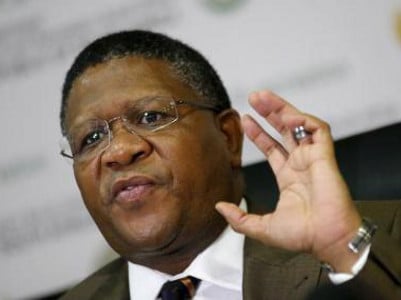 Transport Minister Fikile Mbalula has assured the public and the aviation community that the investigation into the crash of a South African Civil Aviation Authority (SACAA) aircraft earlier this month will not be compromised.

“We owe it to the bereaved families and the public to establish the real facts on what might have led to this tragic accident,” Mbalula said in a statement on Friday.

The accident took place on 23 January when the aircraft, a Cessna Citation II, owned by the South African Civil Aviation Authority, with three members of the Flight Inspection Unit onboard, crashed shortly after take-off from the George Airport in the Western Cape.

The investigation unit has commenced its work after it was immediately dispatched to start investigating the cause of the accident.

“South Africa is ranked very highly in terms of air safety and security matters and complies with international standards; and enjoys the respect of the international community as a result of, among others, the diligent work carried out by the SACAA, and the Accident and Incident Investigation Division (AIID).

“We acknowledge that this is the first time in our country that such an accident occurred, with an aircraft owned and operated by the SACAA, however that is no reason to doubt the independence and competency of the investigating unit that has done great work in the past. This aircraft accident will be no exception because we all want answers as to what was the cause of the accident,” the Minister said.

His remarks follow reports questioning the independence of the investigation of the circumstances that led to the SACAA Flight Inspection Unit (FIU) aircraft accident.

“As per the norm, South Africa, as the country of registry and occurrence, is not the only State interested in this investigation.

“The country of design as well as the country of manufacture, and other parties such as the engine manufacturer have been notified and invited to appoint representatives to work closely with the investigation team as per international norms. Therefore, the work of the South African investigating team will not be done in isolation,” the Ministry of Transport said.

Upon completion of the report, the investigation team will present their findings to Safety Review Panel that is composed of independent industry experts for review prior to submission to the Minister of Transport.

“The investigation team is expected to produce a Preliminary Report within 30 days of the incident. If the investigation is not concluded within a period of 12 months, an Interim Report will be produced.

“The completion of the investigation is marked by the release of a Final Report. All these reports are public documents,” the Ministry said.

The Minister of Transport will update bereaved families, stakeholders and the public on developments when the reports are presented to him.

“The report becomes a public document, and nothing will be hidden,” the Ministry said.

Government is in the process of finalising a draft Bill, which is before Parliament, aimed at strengthening the independence of the investigation unit.