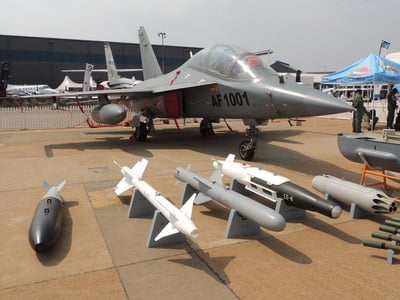 The Zambian Air Force, which is busy taking delivery of L-15 fighter-trainers, is in negotiations with China over the delivery of additional aircraft.

This is according to Zambian Air Force commander Erick Chimese, who was reported by China Military as saying that the Zambia Air force is currently in negotiation with AVIC on the acquisition of aircraft like fighters or other types.

Chimese was speaking at the eleventh China International Aviation and Aerospace Exhibition (Airshow China 2016) which began in Zhuhai on 1 November.

Zambia received its first L-15s in July this year from Hongdu, with the type entering service with 15 Squadron at Air Defence Command, based at Lusaka-Kenneth Kaunda International Airport. Hongdu is part of the Aviation Industry Corporation of China (AVIC).

Chimese said the L-15 was chosen over competitors such as the Yak-130 and M-346 due to its lower operating and acquisition costs.