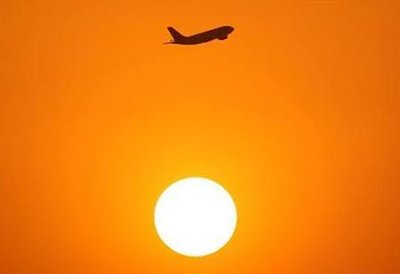 Unless a number of European countries drop long-haul taxes, long-haul flight destinations such as South Africa will be negatively effected, seeing drops in tourism and employment, according to tourism minister Marthinus van Schalkwyk.

At a media briefing in Berlin on Friday, van Schalkwyk said the expected increase in ‘discriminatory’ taxes imposed on international travel by a number of European countries will negatively affect the tourism sector for long haul destination countries, as will the European Union’s decision to include aviation in its emissions trading system from next year.

The 2012 carbon trading tax is expected to add R11.7-billion to European carriers’ costs, Stephen Forbes, spokesperson for British Airways, said. “Essentially, airlines are being taxed twice (by the UK and EU) for the same thing.”

Van Schalkwyk presented a statement issued by organisations representing 33 destinations considered as long-haul from Europe. The representatives, from countries such as Australia, Kenya, New Zealand, the Seychelles and Singapore, were attending ITB Berlin, an important travel industry convention.

Van Schalkwyk said the organisations, “express concern that these unilateral taxes and the basis for their calculation are inherently discriminatory. These taxes will be favouring short flights over long haul travel and, more specifically, some taxes discriminate against long haul destinations through so called “distance banding” based on distances to capital cites. The order of magnitude of these taxes on long-haul destinations is excessive. The International Air Transport Association (IATA) estimates that flight costs on these routes could increase by 3-5%, which will have a negative impact on passenger numbers, tourist volumes and downstream tourist receipts in long haul destinations.”

In Europe, travellers have alternatives (such as rail) to avoid extra flight taxes, but for long-haul travel there are not practical alternatives, van Schalkwyk said. “We therefore call on the countries involved to reconsider these excessive discriminatory taxes that adversely affect long haul destinations, many of which are in developing economies.”

Van Schalkwyk said that the taxes were initially thought to be environmental levies but this was actually not the case as it became clear the proceeds were not reinvested for environmental purposes or green growth initiatives in aviation and tourism.

Forbes said that the revenue generated from the air passenger duty paid in the United Kingdom was introduced as a green tax but went straight to the national treasury.
“One is inevitably left with the impression that it was designed in a way that prioritises fiscal objectives over environmental effectiveness – while presenting the opposite position,” Van Schalkwyk said.

The release noted that tourism “is particularly important as a source of export revenue, contributing 30% of the world’s services exports – amounting to US$1 trillion – and 45% of the total services exports in developing countries”.