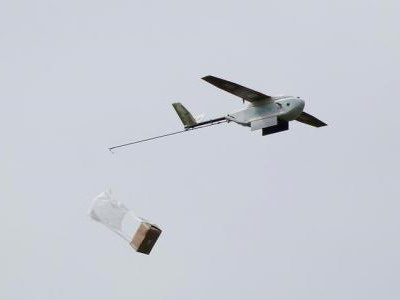 Smugglers attempted to use a drone to fly illegal drugs over the frontier separating Turkish Cypriot northern Cyprus with the rest of the island, one of the most heavily guarded areas in Europe, Turkish Cypriot media reported.

Police in Northern Cyprus were questioning a suspect alleged to have taken delivery of narcotics from a drone which had taken off from the Greek Cypriot south of Cyprus’s divided capital Nicosia, the Turkish Cypriot Kibris newspaper and Turkey’s private DHA agency reported.

The reports did not disclose the type of drug that was seized. Turkish Cypriot police were not available for comment. Police on the Greek Cypriot side said they had no information about the incident, as did the United Nations force which monitors the frontier.

Cyprus has been divided between its ethnic Greek and Turkish Cypriot populations since a 1974 Turkish invasion split the country in the wake of a brief Greek inspired coup.

The north is a breakaway state which is recognised only by Turkey. The rest of Cyprus is ruled by a Greek Cypriot government which is a member of the EU and claims sovereignty of the whole island.