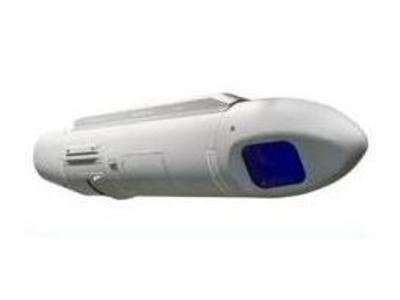 Thales Optronics has delivered an undisclosed number of its Digital Joint Reconnaissance Pod (DJRP) to SAAB of Sweden for installation on the South African Gripen. The announcement, made last week during the Africa Aerospace & Defence exhibition in Cape Town, did not mention numbers or the value of the deal. Saab will now start a series of integration flight trials.

The media release adds the DJRP completed its factory integration tests at the company’s Scottish operation in Glagow in June. Handover of the reconnaissance pod to the South African Air Force (SAAF) will occur after the integration phase. Aviation journal Flightglobal reports this will be from June next year.

Christian Lamoureux, CEO of Thales South Africa, says the company is “proud of this important milestone in our long-standing relationship with the South African Air Force.”

Thales Optronics’ sales and marketing director Geraint Lloyd describes the DJRP as “a bespoke reconnaissance sensor with broad-area swath coverage”, and confirms that the company was selected via prime contractor Saab. The DJRP is integrated onto fighter aircraft, such as the Gripen, and takes high-resolution images of the battlefield as it flies overhead. The digital images from the pod are then exploited by Image Analysts on the ground to assess what tactical decisions need to be taken.

The programme may be further along than the statement suggests. Journalists attending the SAAF’s air capability demonstration earlier this month were given a black-and-white photograph printed on site at Roodewal of the crowd watching the spectacle, downloaded by datalink from a passing Gripen.

Flightglobal adds Thales Optronics beat competition from Rafael’s Reccelite and a system already in use with the Swedish Air Force’s Gripens – believed to be from Danish supplier Terma – to win the SAAF deal.