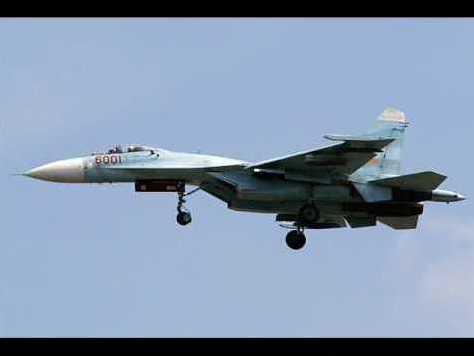 Orders for Russian arms exports will hit a new post-Soviet record this year when they exceed US $9 billion, Interfax news agency quoted a senior Russian military official as saying.
“Judging how the first half of the year has gone, the plan (to reach a new record) will be fulfilled,” Alexander Fomin, deputy head of the Federal Military-Technical Cooperation Service, said at an airshow in Farnborough, England.

Russian arms exports totalled $8.5 billion last year, and analysts have said the industry may have reached its limit.

Projections for 2010 have included the sale of some 40 fighters of the Su-27-30 Flanker family, Moscow-based military think-tank CAST said this year, reports Reuters.

Final deliveries are expected to be made on the Indian deal for 16 carrier-based MiG-29K fighters. Russia will also start delivering the contracted 80 Mi-17V-5 helicopters to India.

Venezuela, Washington’s main foe in Latin America and Russia’s new-found friend, received a $2.2 billion loan from Moscow in 2009 to be spent on weapons. The only known contract is for 92 upgraded T-72M1M main battle tanks.