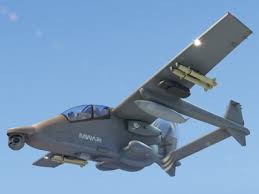 Paramount Group has announced that its Mwari reconnaissance and strike aircraft will enter production in the first quarter of this year.

Paramount on 20 February said the Group and its partners are nearing completion of the Ahrlac factory at Wonderboom. This 15 000 m² factory will produce the Ahrlac unarmed base aircraft, with production to start in April. The Mwari military variant and customised mission systems will be integrated in a separate facility.

The factory will be able to produce 24 aircraft a year. Paramount in August 2015 took delivery of some of the new machines it will use to manufacture the Ahrlac. If the requirement is there, additional facilities can be built at Wonderboom to produce up to four aircraft a month. Paramount apparently has two launch customers for the aircraft.

The prototype Ahrlac (ZU-XDM) has accumulated well over 250 hours of flight testing since its maiden flight on 26 July 2014, including deployments to South Africa’s borders and the Race for Rhinos charity event in Botswana.

XDM has been fitted with a Paramount Advanced Technologies (PAT) 420 sensor ball, and subsequently Airbus Defence and Space Argos, Thales Avni thermal reconnaissance system, Sysdel MiniRaven radar warning receiver and Reutech ACR510 radio. The PAT 420 sensor ball features a day camera, infrared camera, auto tracker and laser rangefinder. It was designed for light aircraft and has a range of 8 km and can see people at 5 km. The Avni wide area surveillance system downloads the imagery it records, and this can be analysed by time or location, as the imagery is overlaid on a map of the aircraft’s flight path.

A second Ahrlac (ADM) will test things like retractable landing gear, a full mission system in both cockpits, larger cockpit screens, a lighter airframe (rated at 8 g) and conformal fuel tanks for a 2 000 nautical mile ferry range. It will also likely be used to test weapons. The third aircraft (PDM) will be the production demonstration model.

Ivor Ichikowitz, Founder and Executive Chairman of Paramount Group, said: “In an increasingly uncertain world, it is crucial for governments to provide stability to their citizens, industries and economies by adopting defence solutions that build security and support economic growth. In an era of asymmetrical conflicts the Mwari is a game changer and represents a unique solution to military, border guard and maritime security customers looking for a smart force multiplier in the sky, but at drastically reduced operating costs.
“It presents a highly sophisticated airborne command and control centre packed with the latest and most advanced sensors, enabling intelligence gathering, electronic intercept, real-time on-board data analysis, and day and night surgical strike capability to respond to a wide variety of threats, all in one aircraft. What the Mwari offers is the ability to gather intelligence, interpret it, relay data, co-ordinate operations and attack opportunity targets as appropriate, whilst operating from remote strips in harsh conditions. Our programme of continuous development is proving these capabilities in some of the harshest environments in the world.
“We aim to present our customers with the best defence solutions possible and now, with the Mwari as the latest addition to Paramount Group’s products, we can promote an unrivalled portfolio across the defence and aerospace sectors.”

Paramount Group extended its partnership with Boeing in 2016 to co-operate on the original Ahrlac aircraft. Boeing will be developing their own integrated mission system that supports intelligence, surveillance and reconnaissance (ISR) and light strike capabilities.