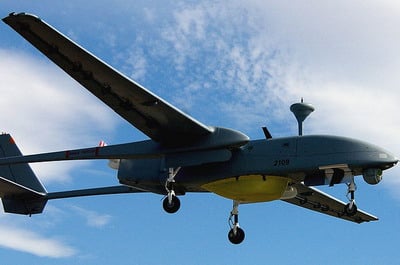 Angola could soon purchase Heron UAVs from Israel Aerospace Industries (IAI) and is currently negotiating with the company, a leading aviation journal reports. IAI has also been promoting the Heron in Africa and has conducted flight demonstrations in Angola and Kenya.

The sources say that there is a possibility the aircraft may be leased, as is the case with nations like Germany and Canada.

IAI did not want to comment about its marketing efforts in Africa.

Angola has previously used another Israeli company to supply UASs. In 2003 Aeronautics Defense Systems supplied its Aerostar UAS to patrol oil installations for Chevron/Texaco over a two year period. The contract was reportedly worth US$4 million, according to E&P Magazine. The Aerostar carries a payload of up to 50 kg (110 lbs) and has an endurance of 14 hours.

The Heron 1 is a medium-altitude, long-endurance air vehicle designed to perform strategic reconnaissance and surveillance operations. Capable of automatic take-off and landing, it has a 30,000ft (9,150m) maximum altitude and can be fitted with a variety of payloads totaling 250 kg (550 lb), including infrared, visible light and radar surveillance systems. Communication with the ground is via line of sight data link or satellite/airborne relay.

IAI is expanding its marketing reach with the Heron, as evidenced by the recent ‘breakthrough’ sale to Brazil. There, Herons will be used for border control, rainforest monitoring and counter-drug trafficking missions. They will also be used to help with security for the FIFA World Cup in 2014 and the 2015 Olympic games.