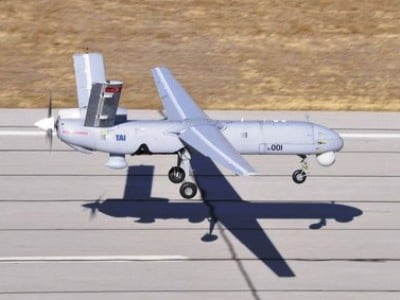 The global market for military unmanned aerial vehicles (UAVs) is expected to witness a slight decline in the medium term due to the reduction in spending by the United States but demand from Europe and Asia-Pacific will sustain the market, according to Frost & Sullivan.

In its Global Military Unmanned Aerial Vehicles Market Assessment, Frost & Sullilvan finds that the market earned revenues of $3.87 billion in 2013 and estimates this to reach $5.26 billion in 2022. The study covers vehicle platforms (>25kg MTOW) and support in service, but does not include RDT&E spending.
“The successful deployment of unmanned systems in Iraq and Afghanistan has generated global awareness on UAVs, triggering investments in R&D, and in turn, widening the spectrum of UAV applications,” said Frost & Sullivan Aerospace & Defence Principal Consultant Aman Pannu. “Demand, especially for tactical and tactical small UAVs, will primarily emerge from countries that are new to developing and employing UAV capabilities.”

Budget cuts that often lead to programme delays or even cancellations also hamper UAV procurements. The recent termination of the German HALE programme, EuroHawk, is a prime example. To sustain profits, suppliers must diversify their portfolios to include sub-systems and services, Frost & Sullivan said.
“Equipment vendors need to scout for opportunities in high-potential regions such as the Middle East and Asia-Pacific to strengthen their position on a world scale,” suggested Pannu. “Using the equipment rental and leasing model to market their products in sceptical and cost-conscientious countries will help UAV manufacturers generate further revenues in the global arena.”

Frost & Sullivan added that the launch of next-generation UAVs, with longer endurance and advanced propulsion systems such as fuel cells and solar power, will cement the future of the global UAV market.