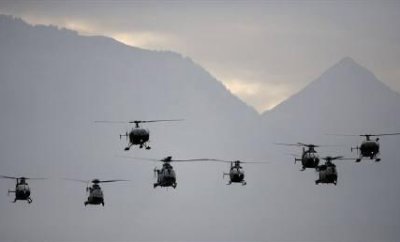 Eurocopter, the world’s largest civil helicopter maker, will open a new plant in central Mexico to build aircraft parts in an investment that will eventually be worth some US$550 million.

The subsidiary of European aerospace group EADS said in a statement on Thursday that its initial investment of $100 million would set up the plant in Queretaro state. This will be its second factory in Latin America.
“The project represents a total investment of US$550 million, and the first step will create more than 100 highly specialized jobs,” said Bert Stegkemper, executive vice president of Eurocopter’s global supply chain.

Parts from the Queretaro plant will be used by units of the EADS group, according to the statement.