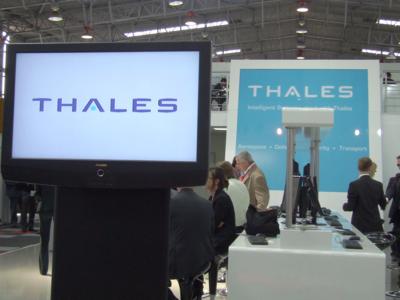 This trip was less than four months before Thales scored a R95 million “maintenance” contract from ATNS – in a deal not put out to tender. Mamashela’s Dubai jaunt also happened six months after Thales won another R55 million tender from ATNS.

Invoices made out to ADS, and seen by the Sunday Times, confirm that it paid R77 696 for flights for Mamashela, his wife Lindiwe and his child to Dubai, as well as for three nights in the emirate’s plush five-star resort, Le Meridien. The invoices say the order was made in the name of “C Lamoureux”, presumably Christian Lamoureux who, until a few weeks ago, headed Thales’s South African operation. Lamoureux’s contract has apparently ended, and he is understood to be back in France. Last year, Lamoureux boasted that the arms deal case “is now closed”, and that Thales had adopted “strict” anti-bribery rules.

The latest revelation comes weeks after Zuma ordered a new probe into the arms deal, and has thrust Thales – the company from which Schabir Shaik tried to solicit a bribe for Zuma in 2000 – back into the spotlight. Thales’s South African arm was criminally charged alongside Shaik, but charges were withdrawn in 2009.

ATNS confirmed to the Sunday Times this week, in several written responses, that in November 2009 – four months after Mamashela’s Dubai junket – it awarded a R95 million “maintenance contract” for its air traffic systems to Thales. Although ATNS spokesman Percy Morokane said Mamashela “had no influence on tenders”, he confirmed that “all big tenders are approved by [our] board of directors” – of which Mamashela is chairman. In this case, the R95 million contract was awarded to Thales without a tender process. Morokane said this was because it was a “maintenance contract” on equipment already in place, and “when you buy a BMW, you do not go out on tender to have another auto manufacturer service your car. However, given the seriousness of the allegations levelled against Mr Mamashela, we will be launching a full investigation into this matter,” said Morokane.

Mamashela, who is also a senior captain with South African Airways, was a key member of the team that assessed the country’s aviation readiness for the 2010 Soccer World Cup, the paper adds. Through his lawyer, he told the Sunday Times an unnamed “business associate” paid for his business-class ticket to Dubai as he went there to “explore business opportunities”. Mamashela said the purpose of the trip was twofold: “It was both a family holiday and a business trip.” He said he paid for economy-class tickets for his wife and daughter.
“On the return leg of the journey [my] business associate offered to upgrade the air-tickets of [my] wife and daughter to business class,” he said. Mamashela refused to name this “business associate”, but was adamant that ADS “did not purchase the air tickets” for his and his family’s trip to Dubai.

Asked why ADS was invoiced for all three tickets and the hotel, Mamashela’s lawyer said: “If this business associate has links with African Defence Systems, [Mamashela] wouldn’t necessarily know that.”

Under the Prevention and Combatting of Corrupt Activities Act, any “gift” or “favour” – including flights and hotels – that cause someone to abuse their position in someone else’s interest could lead to prosecution. Between 1998 and 2009, ATNS paid R605 million to Thales for eight separate contracts.

Thales’ South African spokeswoman, Carol Gunter-Davies, repeatedly promised to reply to the Sunday Times, but had failed to do so at the time of going to print.