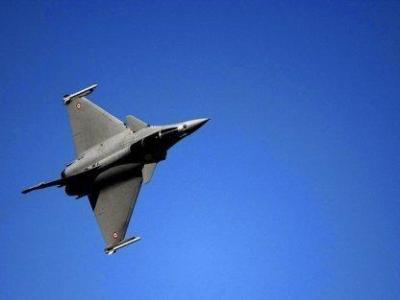 Brazil has sought to buy French Rafale jets and acquire the technology to build them at home for export to other Latin American countries by 2030, the daily Le Monde reported, citing leaked US diplomatic cables.

Brazil has been negotiating with several nations including France, the United States and Sweden, over a deal to acquire fighter planes as it seeks to renew its aging fleet and boost surveillance of the nation’s strategic assets.

The proposed deal, which could concern over 100 aircraft potentially worth more than US$4 billion, has sparked fierce competition among aircraft manufacturers. The cables quoted by Le Monde suggest Paris was in advanced talks with Brasilia over a possible sale.
“Not only do they (Brazil) want to buy the Rafale, but also produce the aircraft on their soil and even sell across Latin America by 2030,” Le Monde quoted a U.S. diplomat as saying in November 2009 in one of the cables.

Le Monde is one of five newspapers to have been given advance access to a store of some 250,000 US diplomatic cables leaked by website WikiLeaks. The cables reveal frank exchanges between US diplomats and Washington about foreign leaders.

President Nicolas Sarkozy sought to reassure his Brazilian counterpart about the price of the aircraft — $80 million each — by telling him that France would transfer the codes at the heart of Rafale technology to Brazil, Le Monde said.

French officials have said repeatedly that a deal with Brazil was near but none has been signed. Dassault Aviation was not immediately available to comment on Le Monde’s report.

In January, a Brazilian cabinet member said that then-president Luiz Inacio Lula da Silva wanted Brazil to choose the Rafale, but at a lower price than France was offering. Brazil’s air force said in July that it planned to buy 28 military planes from jet maker Embraer.