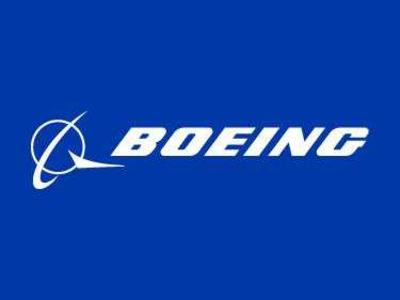 Boeing Co believes a tear in the roof of a Southwest Airlines Co 737-300 jetliner in mid-flight this month was related to a manufacturing problem limited to one aircraft.

“I think the initial data that I think we’re all seeing is suggesting a possible workmanship issue on an airplane, rather than a design issue across a fleet of airplanes,” Chief Executive Jim McNerney told analysts on Wednesday.

Comments by McNerney and Boeing’s commercial aircraft chief, Jim Albaugh, were first made publicly by senior management on what might have caused the five-foot tear aboard Southwest Flight 812, which made an emergency landing on April 1 in Yuma, Arizona. No one was hurt.

The National Transportation Safety Board found this week in a preliminary report that the tear area included misshapen rivet holes that were also misaligned. The report suggested a manufacturing or other problem, but did not reach a conclusion, Reuters reports.

Albaugh said at an aviation conference in Washington that Boeing feels “very confident” that the older model 737-300s are safe or they would not be flying.

He said the NTSB analysis on Souhwest “looks consistent with our view” and appears to be a manufacturing issue. Albaugh said Boeing would wait for a report on the investigation before drawing a final conclusion.
“I don’t want to speculate on what we need to do” beyond the action already taken by the company, regulators and airlines, Albaugh said.

The 15-year-old Flight 812 jet and a handful of others built between 1993 and 2000 and inspected after the incident also turned up metal fatigue cracks.

The Federal Aviation Administration FAA.L has ordered airlines, mainly Southwest in the United States, to step up inspections of their older model 737s for cracks.

Initial speculation focused on the aggressive way in which Southwest uses its all-737 fleet and whether that hastens aging and metal fatigue.

FAA Administrator Randy Babbitt said the agency did not see an immediate case for ordering expanded checks or taking further action based on the early NTSB findings that shifted the focus toward Boeing.
“They said what they said,” Babbitt said of the safety board investigation. “They also acknowledged that there is further work to be done.”

Babbitt said the NTSB has indicated stepped up inspections ordered by the FAA were helpful and appear comfortable with those steps right now.

Boeing also confirmed it was investigating a new incident involving a newly delivered Japan Airlines 767 that contained metal shavings in its fuel tank possibly related to the manufacturing process.