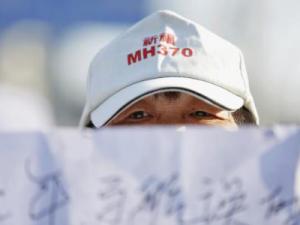 A new report into missing Malaysia Airlines MH370 says additional analysis of satellite communications from the aircraft was consistent with it being in a “high and increasing rate of descent” when it vanished.

The report by the Australian Transport Safety Bureau (ATSB), which is leading the search for MH370, said additional analysis of wing flap debris found the aircraft was not configured for a landing.

Both pieces of information support the agency’s long-held view an unpiloted MH370 descended rapidly after running out of fuel with no human intervention.

The 28-page report released on Wednesday, containing new end-of-flight and drift simulations, coincides with the start of a three-day meeting of international experts to develop potential plans to continue the search for MH370.

The Boeing 777 disappeared on its way from Kuala Lumpur to Beijing in March 2014 with 239 passengers and crew on board, sparking a two-and-a-half year search that has focused on the Indian Ocean.

Authorities from Malaysia, Australia and China initially expected to finish searching a 120,000 sq km target area by the end of 2016, but bad weather delayed the probe by another two months.

Australian Transport Minister Darren Chester, who is chairing the Canberra meeting of experts, said the group would review all available data and analysis associated with the search.
“The experts will also inform the remainder of the search effort and develop guidance for any future search operations,” Chester said in a statement.

The ATSB report suggests experts believe the current search area is the most likely to contain the crash site.

In a separate development, a lawyer for the families of four Australian victims told Reuters Malaysia Airlines has agreed to release information about the missing plane as part of a compensation case.

John Dawson, a partner at Carneys Lawyers, said he had been advised he would receive the information by the end of the month. The information is to include medical certificates held by the flight crew.