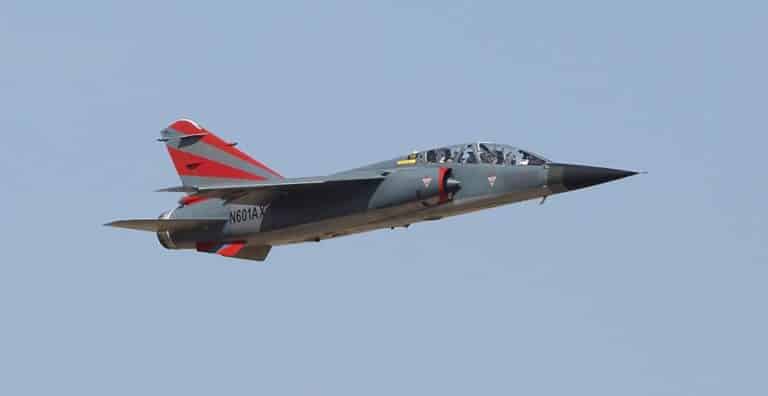 The Airborne Tactical Advantage Company (ATAC), now owned by Textron, has recently performed the maiden flight of one of the 63 Mirage F1s it bought second hand from France. The aircraft was made airworthy with assistance from Paramount personnel.

This could be first time a privately owned F1  has flown in the United States.

The biggest competitor to ATAC, Draken International, has also recently bought 22 F1s but from Spain, said to serve as aggressors to train against US military aircraft.

The maiden flight of the F1 was on 22 August at the Fort Worth Alliance Airport in Texas. While ATAC has been at Newport News in Virginia for about two decades, it has recently built a major operations centre in Fort Worth called the Adversary Center of Excellence (ACE). This will be the hub for the company’s swiftly expanding private air force.

Out of the 63 ex-French Air Force F1s ATAC has received, 32 of these are in good condition and can be restored to flying status with little effort. The other 31 need major work to be restored to flight, or are suitable for spare parts.

ATAC aims to have 40 flyable F1s and took over the 63 F1s with the aim of using them for the US Air Force’s Adversary Air (ADAIR) programme.

Getting to this maiden flight, ATAC was assisted by Paramount in providing Mirage F1 training.

Paramount is no stranger to the Mirage F1, as in 2003 the South African Air Force put 21 Mirage F1 aircraft up for disposal by way of Armscor and Paramount subsequently purchased the entire Mirage F1 package, including airframes, spares and support equipment in 2006. Paramount Aerospace has sold F1s to Congo Brazzaville and Gabon.

Paramount Aerospace still has at least half a dozen ex-SAAF F1s. It also uses Mirage III, Impala and SF260 aircraft for pilot training from its facilities at Polokwane.