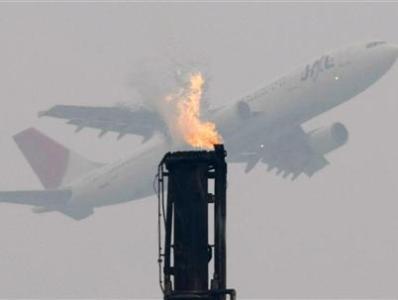 The European Union faces a trade clash over its plans to curb emissions from aviation, European airlines said.

The latest flare-up in rhetoric comes four months ahead of the introduction of a scheme strongly opposed by China.
“If the EU persists in an approach which some have called imperialist, the question is posed as to how they will ensure compliance,” Ulrich Schulte-Strathaus, Secretary General, Association of European Airlines, told a conference, Reuters reports.
“The EU faces a serious risk of some sort of retaliation,” he said, adding this could dwarf a record trade dispute over aircraft subsidies between Airbus and Boeing.

The EU’s Emissions Trading Scheme will compel airlines flying to or from Europe to buy permits for 15 percent of the carbon emissions they produce beginning in 2012, adding them to the 11,000 factories and power plants already in the scheme.

Critics say the scheme will penalise Asian airlines in particular because of the long distances to Europe.

Other international carriers, including U.S. airlines, have been vocal critics of the plan to include aviation in the bloc’s $120 billion trading scheme.

The EU says the plan is key to limiting greenhouse gases and climate change.

Schulte-Strathaus said the new rules would cost the industry 3.1 billion euros a year until 2020 of which 1.1 billion would go to European governments.
“This is money that won’t be available for aircraft or engines. If applied it will good for lawyers but not necessarily the environment,” he told the ISTAT association of aircraft financiers.

China blocked a purchase of Airbus (EAD.PA) A380 aircraft at the Paris air show in June in retaliation at the EU measures, according to industry sources.

Steelmakers are also unhappy about the way they have been included in the EU’s carbon market and have started legal action.

The EU aims to lead the world in fighting climate change, and says it needs to put a price on carbon dioxide emissions to guard against future climate impacts such as crop failures, droughts or flooding.

It aims to cut carbon dioxide emissions to 20 percent below 1990 levels over the next decade.