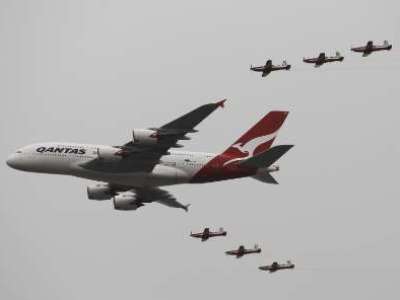 Aircraft manufacturer Airbus is set to issue a safety warning about electrical problems on some jets that can cause cockpit displays and computer controls to shut down, according to the Wall Street Journal.

The company is drafting the warning after an incident in August when a British Midland International Airbus A321 failed to respond to pilot commands for several minutes, the newspaper reported. According to a report issued last week by the British Air Accidents Investigation Branch, the jet suffered a series of major electrical malfunctions, according to the WSJ.Airbus officials were not available immediately to comment.

Meanwhile, Airbus has warned that investigations into an engine blowout on a Qantas A380 superjumbo could delay deliveries of the plane in 2011 as the planemaker focuses on maintaining the existing fleet. “In such a situation, of course, the customer has priority, and the priority is to keep the 39 aircraft flying or back in the air as quickly as possible and I would not rule out some impact on the delivery schedule,” Chief Executive Tom Enders said. “I don’t know how severe that would be,” he added, referring to deliveries scheduled for 2011.

Airbus expects to deliver up to 22 of the world’s largest airliners in 2010, he told reporters on a conference call. Speaking shortly after Rolls-Royce blamed the Qantas scare on the failure of a single component, Enders said he had full confidence in the UK firm and insisted the image of the world’s largest airliner would recover. “It is not an incident that makes us or airlines happy but I am absolutely sure, given the positive reception received so far from airlines and passengers…, that the reputation of the aircraft will remain untarnished and increase in years ahead,” he said.